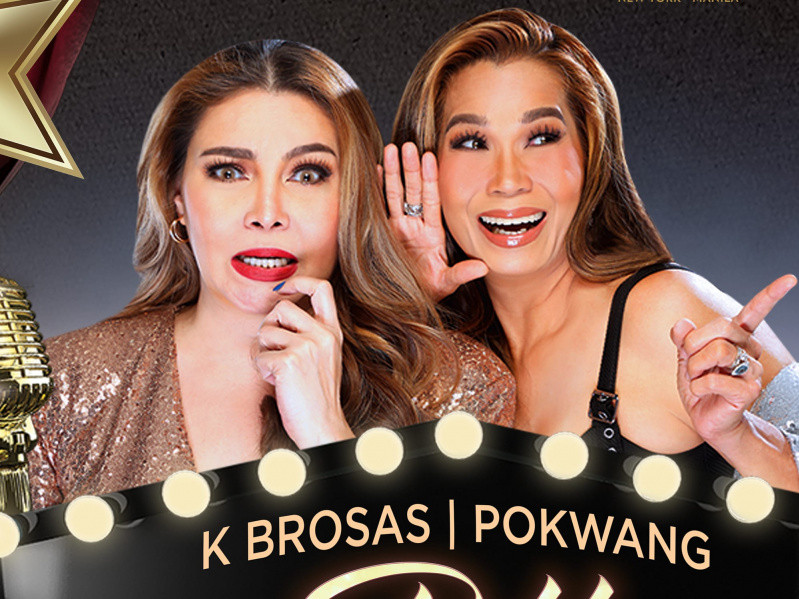 Must be 21 or older to attend

You can't get enough, kababayans! Coming from a very successful East Coast tour that was well-received and highly demanded in New York, Dallas and Houston Texas last year, Lx2 Entertainment will bring the incredible delight to the West Coast in March and April of 2023.

Headlined by the ever-amusing and talented artists Pokwang and K Brosas, music and laughter will be lashing the United States anew.

Get ready to be on high as these comediennes and undeniable Pinay divas take you on a concert unlike any other, with their overwhelming wit, charm, and power vocals.

Well-loved by Filipinos and Filipinos-at-heart from all over the world, Pokwang, or Marietta Subong to her family and friends, is a celebrity mom, actress/comedienne, host, singer, and a Dolphy King of Comedy Award recipient given to artists who are considered the best in their generation. She got her big break in show business after winning the "Clown in a Million" segment of the now defunct gag show, "Yes, Yes Show."

Alongside Pokwang is K Brosas, an equally multi-faceted Fil-American artist who started as a band member of Gladys and the Boxers and was lead singer when the group performed as K and the Boxers with Music Director Samuel Cruz Valdecantos, Bassist Nolit Abanilla, Drummer Solomon Valdecantos, and Guitarist Eric Tuazon. She captured the hearts of the televiewers when she became a co-host on the game show "Pilipinas Win na Win."